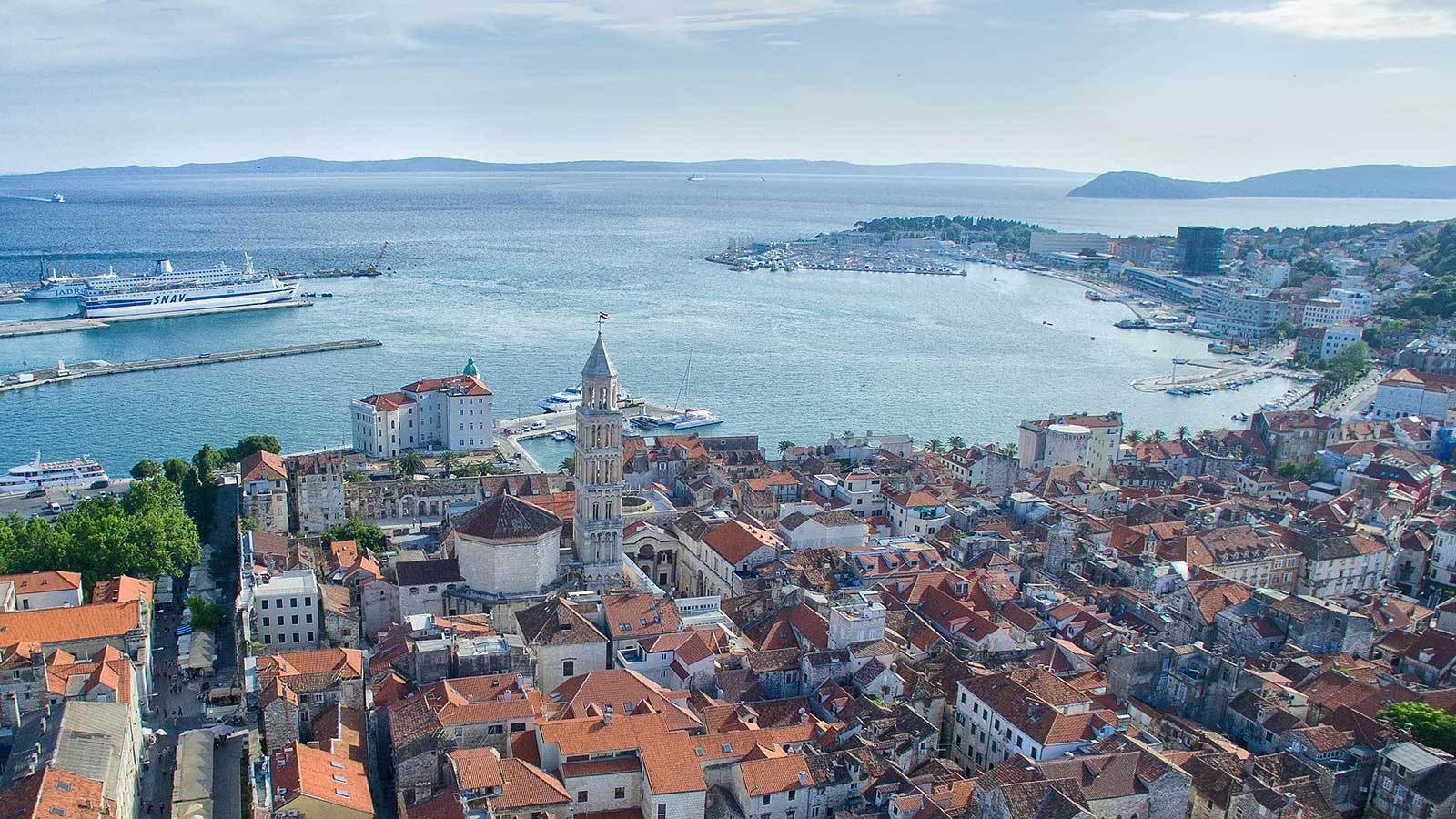 Split is one of the most beautiful towns in Croatia, and the palace in the heart of the town is protected by UNESCO. Diocletian’s Palace was placed on UNESCO‘S list of world heritage sights in 1979. It is one of the best preserved sights of Roman architecture in the world! 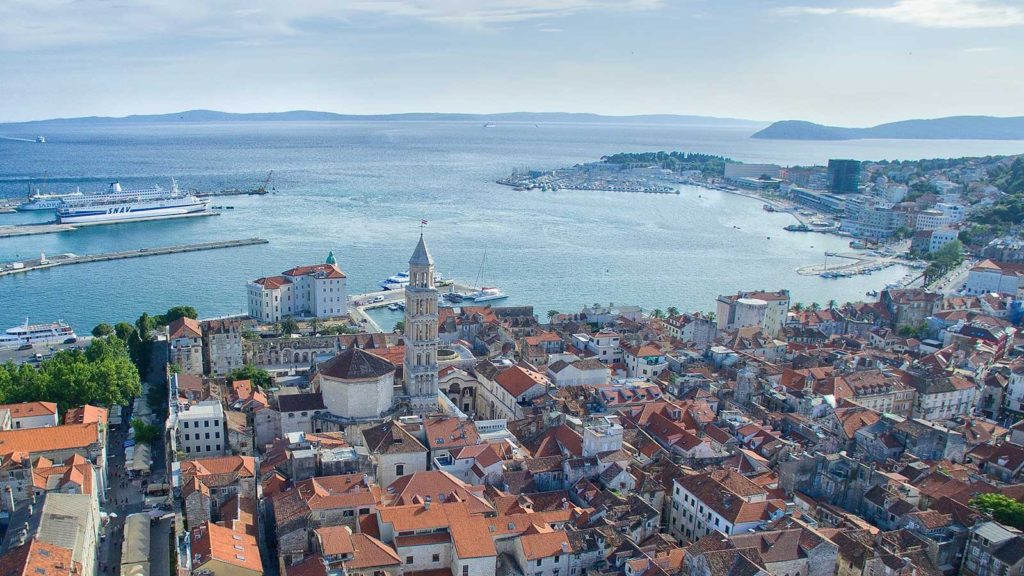 Construction of the palace began in the year 298, after Diocletian had successfully battled Egyptians. The seaside location was chosen for its close proximity to Salona (now Solin) – the then-capital of the Roman Dalmatia Province where Diocletian was born – and for the healing Sulphur water.

When Diocletian retired, he – along with his family, military and servants – moved into the Adriatic-facing palace. He lived there until his death in 311. After he died, Diocletian’s Palace remained a part of the Roman Court, but it is thought that the palace was eventually abandoned.

Then the Split, Croatia palace was occupied again in the 7th century by Salona citizens seeking protection from the invading Slavs. The refugees turned the ruins of the Split castle into a city within itself.

Most of the structures within the palace were re-purposed: Diocletian’s mausoleum was converted into a cathedral and the basement halls were turned into a garbage dump. However, the outer walls and gates remained, as well as three of the Egyptian sphinxes that Roman Emperor Diocletian had used to decorate the palace. 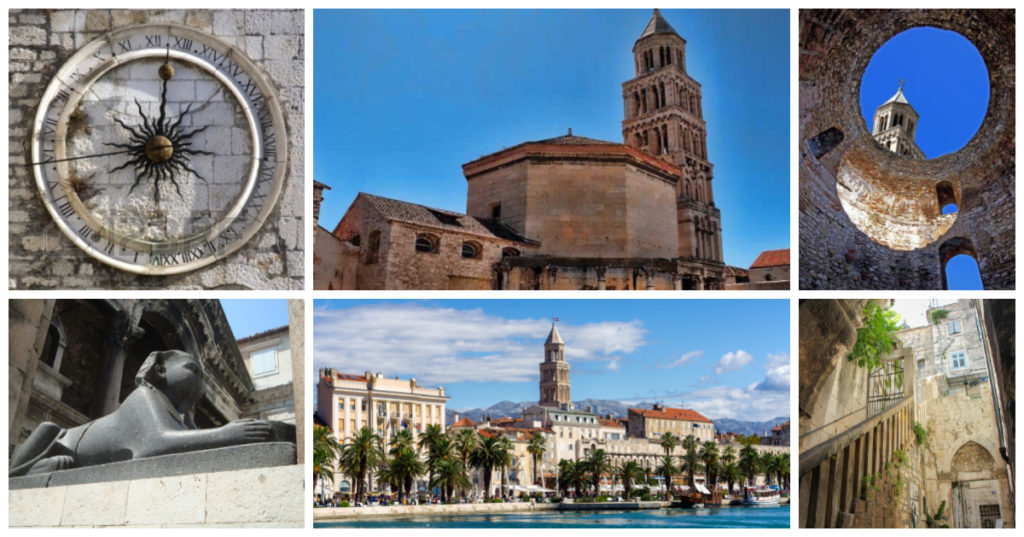 There have been abundant changes to Diocletian’s Palace over the centuries resulting in complete transformation of the historic lanes. By Medieval times, small churches, family palaces and residences were built inside the walls – and, today, shops, restaurants and tourist accommodations fill the space. Yet, the original quadrant layout of the Roman emperor’s palace still exists, with gates – Brass Gate, Iron Gate, Golden Gate and Silver Gate – leading to the center Peristil (courtyard). 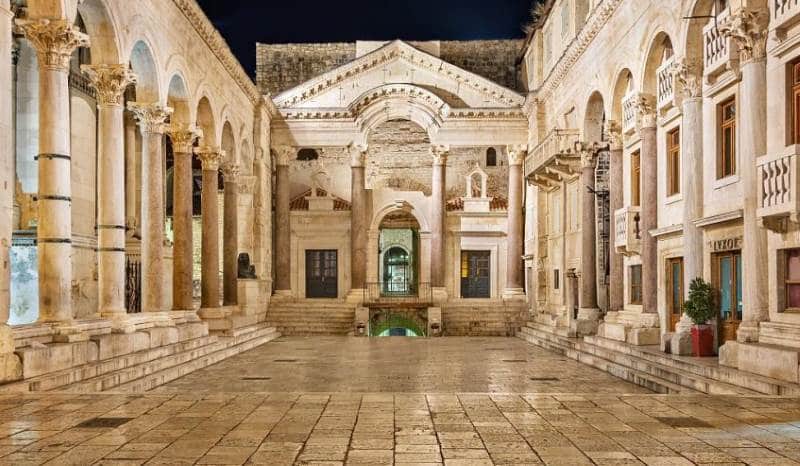 Fifty years ago, archaeologists began excavating the basement of the palace and, finding it to be impressively intact, have been able to put together more pieces of the past – both of the palace and of the people who have lived in it.

If you want to escape the hustle and bustle of Split and go somewhere for a romantic stroll go to the Majarian Hill wich is the perfect place for it. The highest peak is known as Telegrin and it’s a 314 step climb to reach. 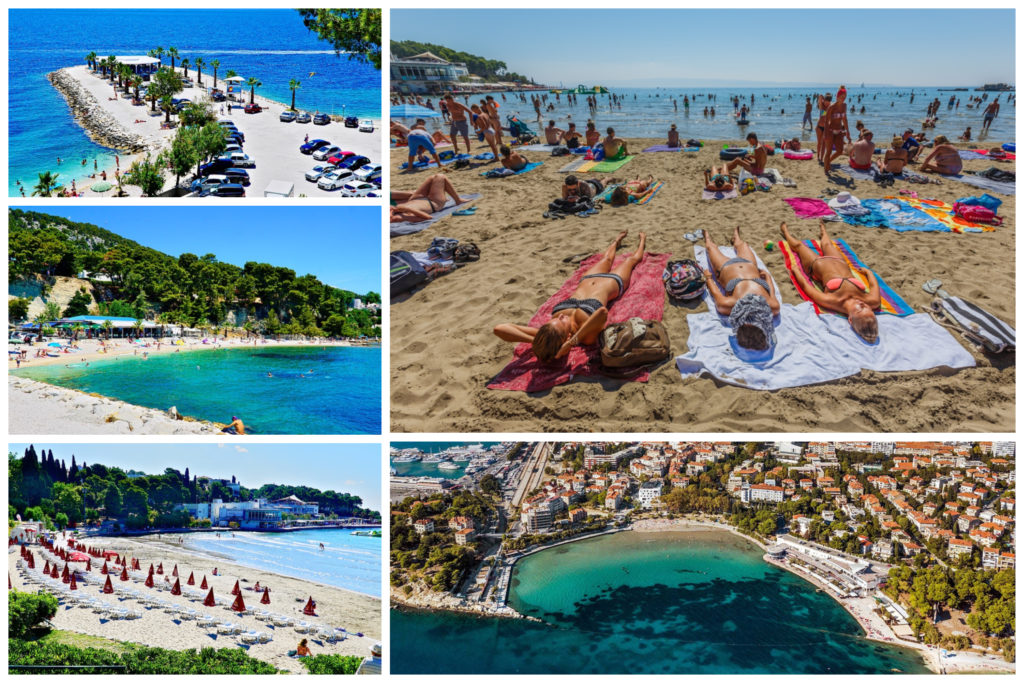 Split has a lot of wonderful swimming spots and beaches,one of them is Bačvice beach, perfect for those who enjoy a cocktail with their sunbathing as there is an array of nightlife.The other beach I would recommend is Kaštelet. It’s a little quieter, but with clear water so ample swimming opportunities. There are lots of other beaches in the area. Just take a stroll and find one that suits you. 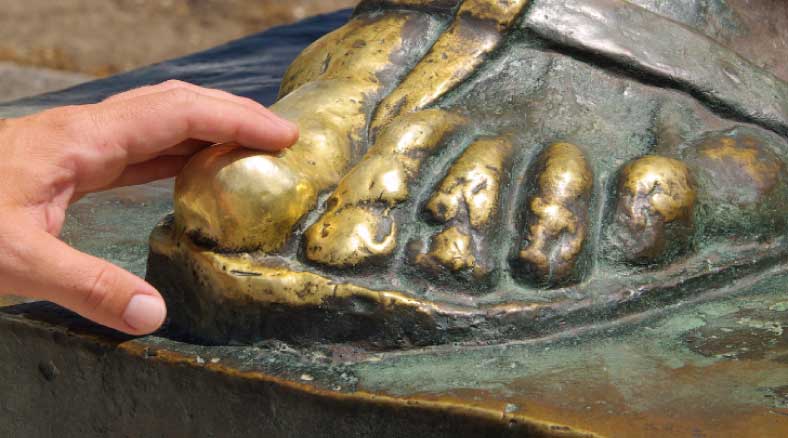 Some locations found in Split include Diocletian’s Palace, the cellars of the palace served as the underground passages in Meereen, Perun quarry and Mosor mountain. 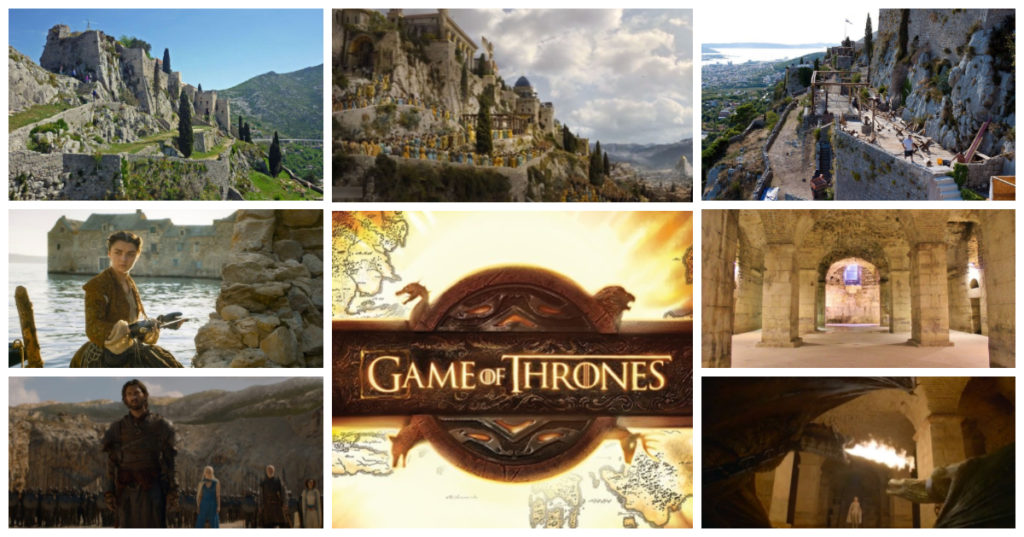 The medieval Klis Fortress is located in the village of Klis and overlooks the city of Split. The fortress represents the city of Meereen.

Some other Croatian locations include: Imotski, Šibenik, Kaštel Gomilica (some outside scenes in Braavos, where Arya Stark sells oysters), Trogir (the monastery of St. Dominic) and Baška Voda.