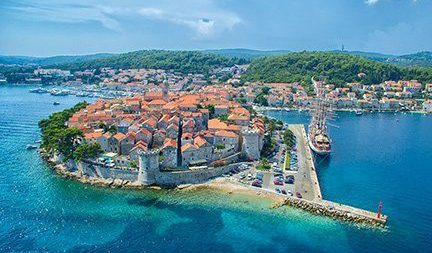 Korcula is an awesome town on the island, which is its main town and has lots of wonderful, marble streets and impressive buildings. Urban planning of the narrow streets which branch off the main street like a fish bone were intelligently designed to provide citizens with sheltered and comfortable accommodation. The western streets were built in a straight line to open up the city to the refreshing Maestral summer (strong and steady wind from the west), while the eastern streets were designed as curves in order to reduce the harshness of the Bura winter (cold wind from the north east). The rugged coastline is full of quiet beaches and small coves, whilst more flat, the northern coastline has lots of natural ports. Korcula’s tradition is still alive with ancient religious ceremonies still taking place and folk dance and music performances which entertain a growing number of tourists. I have to say that Korcula is famous for its wine, especially the dessert wine made with grapes from the Lumbarda region. 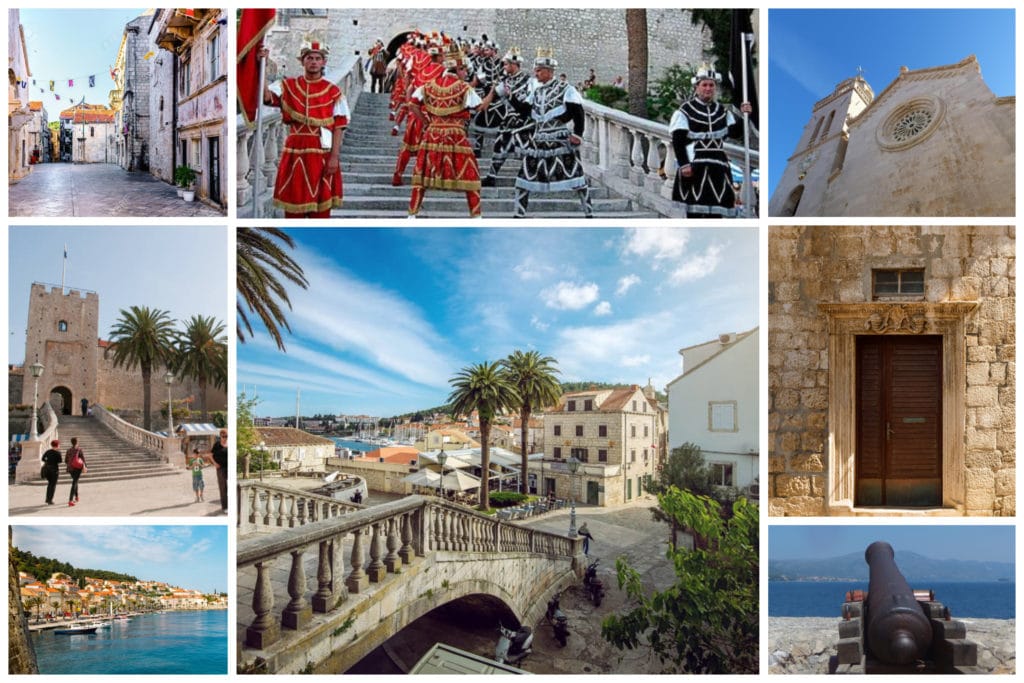 The city boasts a great port, aligned with impressive round towers and beautiful red-tiled houses. It leaves you speechless as it is so well designed and made of incredible material. Everywhere you look you will see art. The city of Korcula is the best starting point to go to Lumbarda, the isle of Badija, the city of Orebic on the Peljesac peninsula and the isle of Mljet. 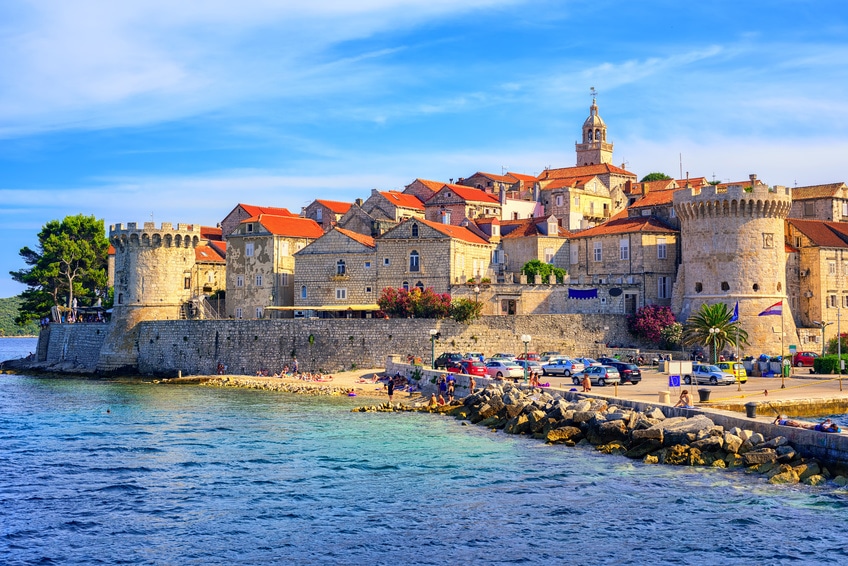 Almost everyone goes to the Orebic beaches, yet the waters around the city are also suitable for swimming. There is a small cove next to the large Governor’s Gate, and rocky beaches around the hotels and around the Sveti Nikole promenade southwest of the old city.

The Trg Svetog Marka is interesting to see, which is where the magnificent Cathedral of San Marcos stands. The Abbey of San Marcos is also worth seeing in the abbey palace, next to the cathedral. The entrance is decorated with a collection of icons, and the dalmatian art room has an excellent collection of paintings. The City Museum is in the Gabriellis Palace, opposite the Sanctuary. Before leaving the square, you must take a look at the wonderfully decorated Palace Arneri, which is next to the museum. The building borders a narrow street of the same name. 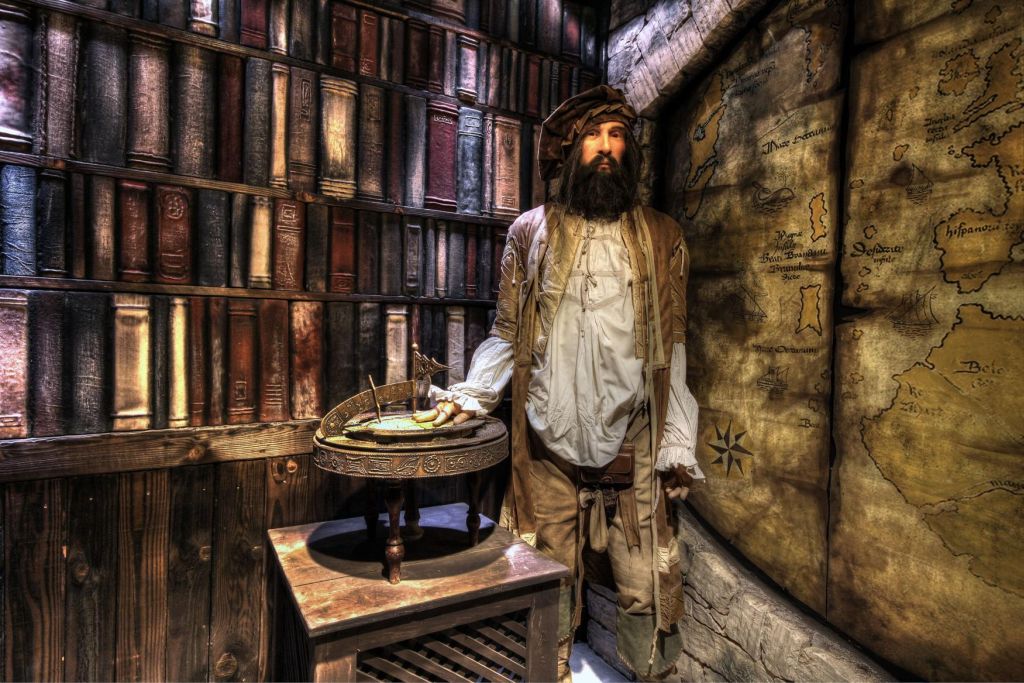 Marco Polo was born in Korcula in 1254, he was a very well known explorer in those times and there are many places in Korcula proclaiming his birthplace. However, one has triumphed over others by opening up a Marco polo Museum. Small and dark, you have to peer inside to look at the charts and maps of Marco polo’s voyages along with portraits of the stand up guy.

In summer, nobody will escape watching the amazing sword dances, ‘the Moreška‘. This performance involves the “fight” between two rival armies and ends with the deployment of a huge flag. The show is accompanied with music from a local instrument called the ‘elmisnice‘ (a kind of bagpipe) and drums.

One of the most diverse traditions of the island is the sword dance, which has been held in Korcula since the 15th century. The dance tells the story of two kings-the white king (dressed in red) and the black king who are fighting over a princess kidnapped by the black king. In the spoken introduction, the princess declares her love to the white king and the black king will not give it up. The two armies draw their swords and start to “fight”, with the choreographed dance accompanied with a brass band. Locals also dance in the show held in front of the south gate. Although traditionally, it was only performed in the city of Korcula on July 29, today it is shown on Monday and Thursday afternoons in July and August.