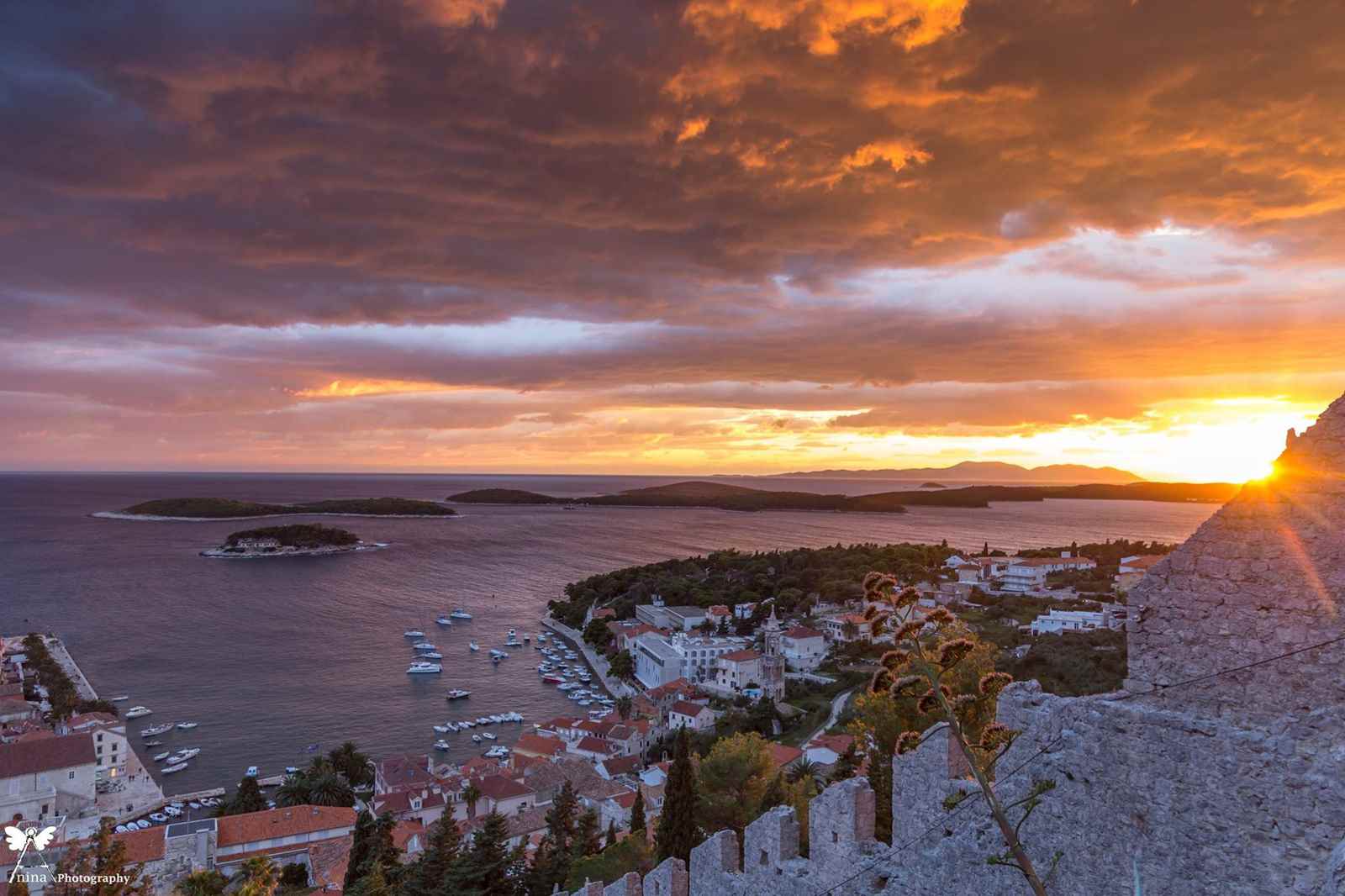 Island Hvar is an interesting place, it has the most beautiful landscapes of all the Croatian islands, and it’s the sunniest part of the country (2724 hours of sunshine per year), and, together with Dubrovnik, the most popular tourist destination in Croatia. Island Hvar is also famous for its green and purple lavender fields, as well as for other aromatic plants such as rosemary and heather. You will discover that some of the truly luxurious hotels use skincare products made with these wonderful aromatic plants. 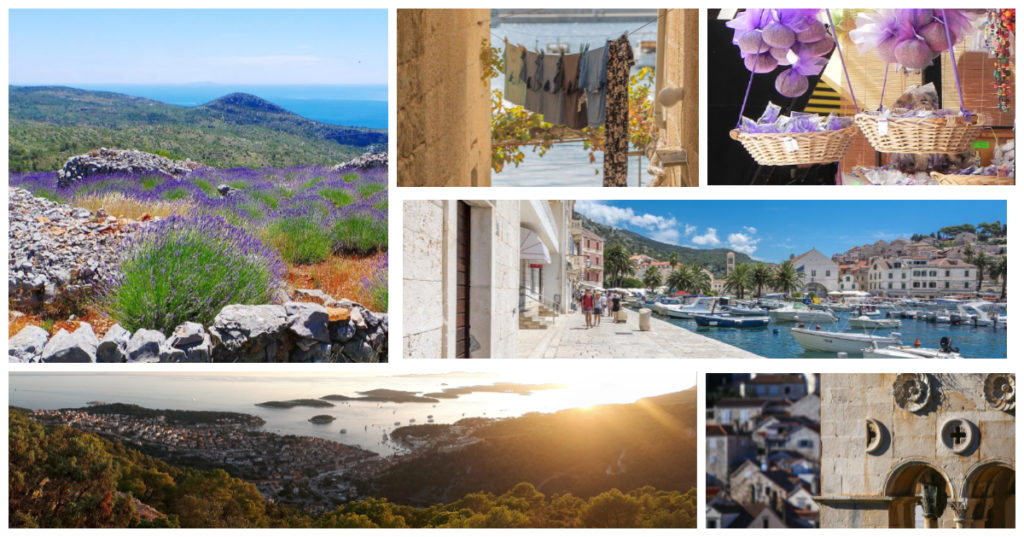 Hvar town is simply gorgeous and must see on your trip trough Adriatic sea. Dominated by large town square that features Arsenal building, St. Stephen Church, and a small port, the old town is encircled by protective walls from the land side, and overlooked by 16th-century Spanish Fort (Fortica). Today, the Fortica is a popular tourist spot, and it offers lovely views over the town, the sea, and Paklinski Islands. For even better views (and less tourists), hike or drive up to the Poljun hill. 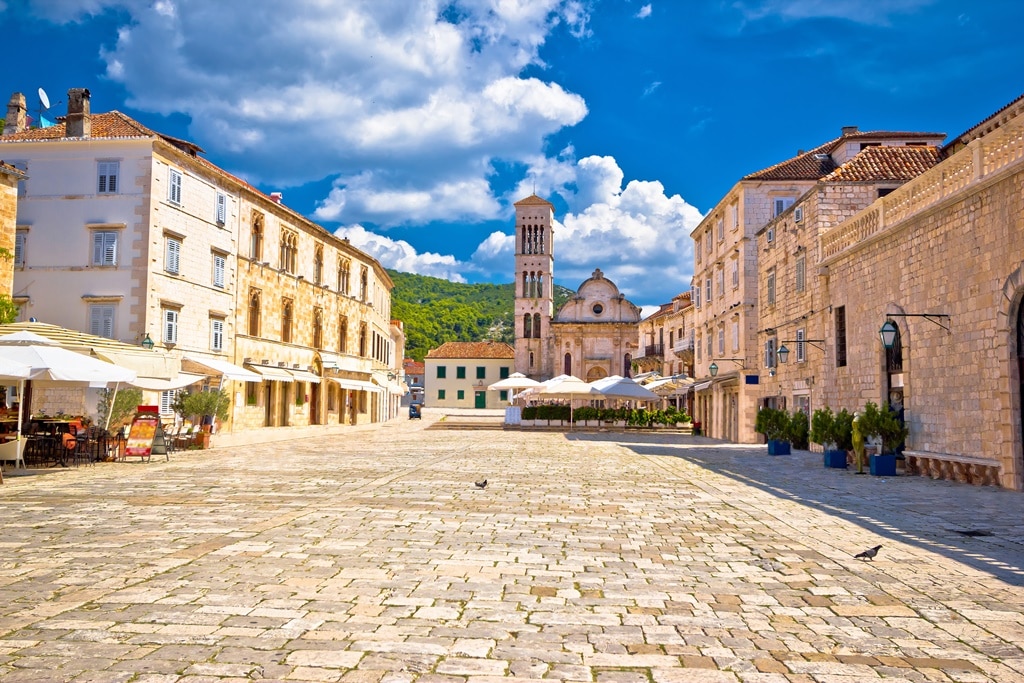 The town of Hvar, which is the island’s capital, is dominated by sophisticated hotels, elegant restaurants, modern bars and clubs, popular with posh sailboat crews and, in general, is a place for those who like to look good and get noticed. Hvar is not only the epicentre, but also the most well known place on the island, and welcomes an estimated thirty thousand people per day during high season. It is incredible that this small town, with its bay full of brutally ornate gothic palaces and pedestrianised marble streets and surrounded by walls can accommodate so many people.
You will find people wandering around the main square, exploring the sights of the winding stone streets, you can take a swim in the numerous beaches or go off to strip naked on the beaches of the Pakleni islands, but most people save themselves for the town’s nightlife. 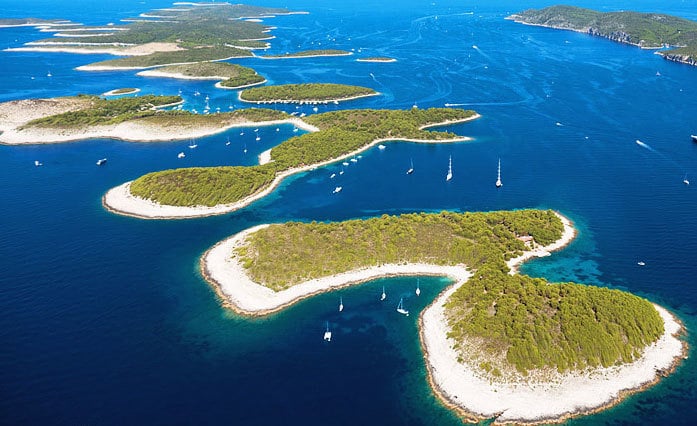 Hvar has become the town that never sleeps – at least not from June to September. The seaside promenade, Riva, and the old town host most of the bars and clubs. Most popular are: 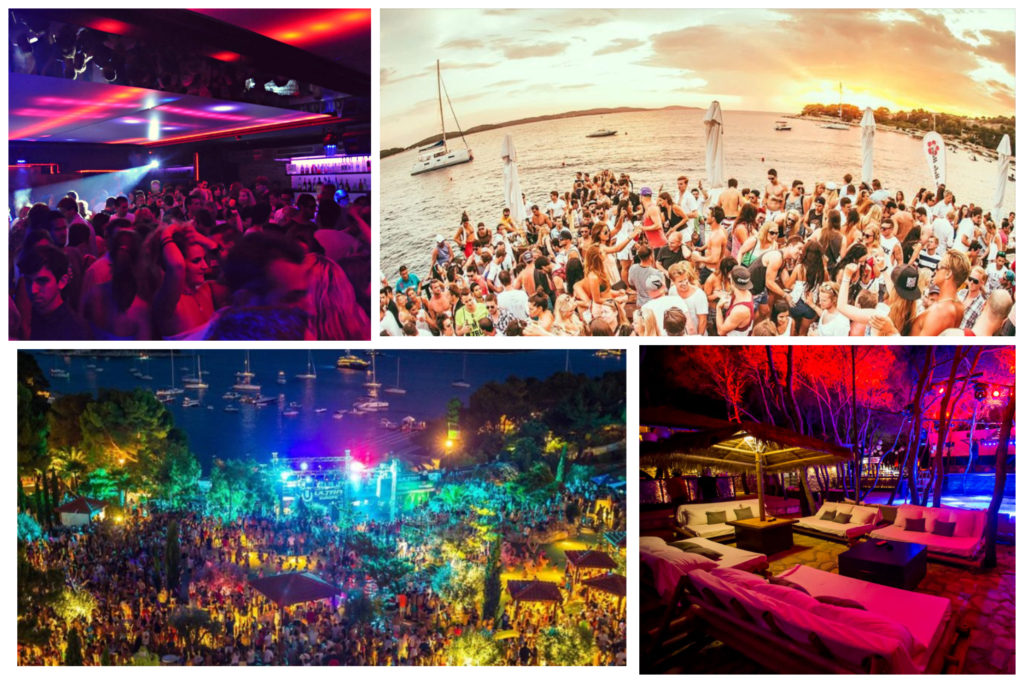 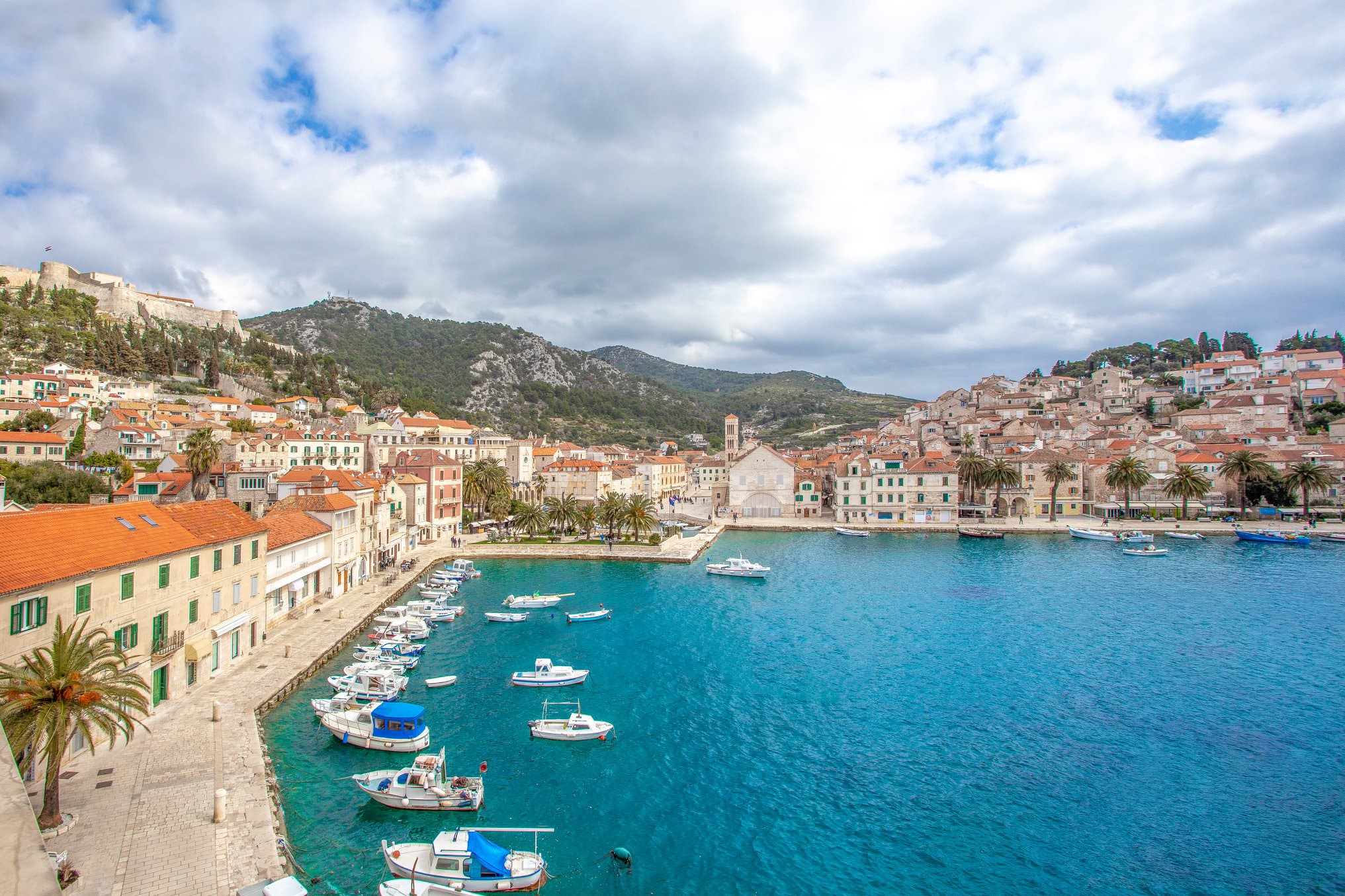