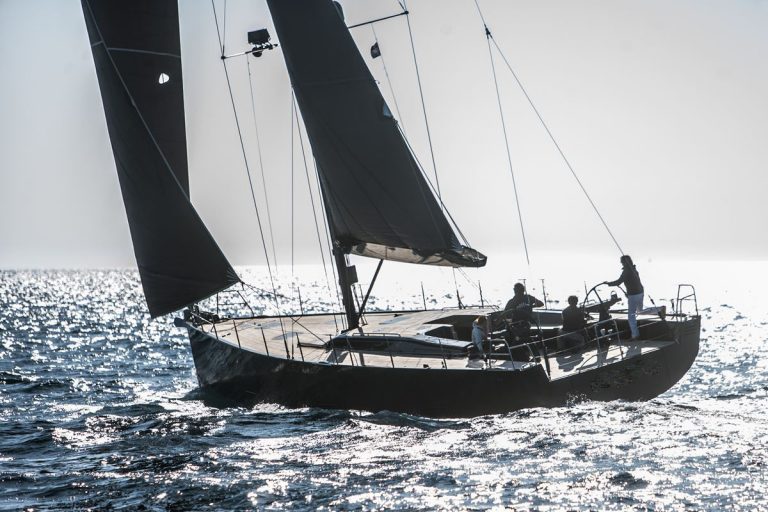 A true cruiser racer in all the best traditions, conceived by designer Soto Acebal in close collaboration with the Solaris team & Croatia Charter Fleet Pro Team . She is powerful, fast and easily managed in heavy sea conditions and particular attention has been paid to the distribution of all variable weight to ensure it remains amidships in order to maintain the correct trim of the yacht. 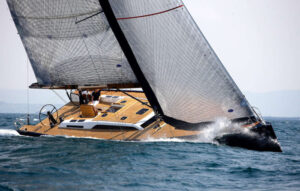 Sophisticated Italian design and precision in the quality of workmanship adorn the Solaris 50, which is a ticket to the world of exclusive sailing boats. Impeccably designed lines run from the bow to the stern with a completely clean deck and low silhouette of the cabin, and our copy was painted in a metallic silver shade, which further emphasized the already attractive appearance.

The Solaris 50 is in many ways a special sailboat, although it is not a completely new model (it has been introduced for a little over three years), we took the opportunity to have a new model of this great boat in Tribunj this year. It is a successor to the Solaris 48 (introduced in 2006), which is largely responsible for the global success of this Italian brand, and like its predecessor, this 50-foot model is also signed by Argentine designer Javier Soto Acebal, who is very well on the path to success. his teacher Herman Frers, and whose collaboration with Solaris, on the one hand, has created a niche of modern performance cruisers in the market over the last ten years.

LUXURY
Tudor Black Bay Fifty-Eight ‘Navy Blue’: Blue Is New Black
The Solaris 50 is ‘ironed’ down to the smallest detail
As an evolution of its predecessor, the Solaris 50 is ‘ironed out’ to the smallest detail and as such represents a small school of modern design (not just sailboats). Impeccably designed lines run from the bow to the stern with a perfectly clean deck and a low cabin silhouette. ‘Our’ specimen was painted in a metallic silver shade, which further emphasized its already attractive appearance, and all the details on the sailboat, such as flush mounts, small instrument covers, or hiding ‘spray hood’ under the teak cabin lining, they are simply perfectly executed. For example, on the left stern of the cockpit, there is a hydraulic stern pump and mainsail wang, and the pump handle has a special bearing within arm’s reach on the rudder console – on the sailboat, all the details are arranged in this way. 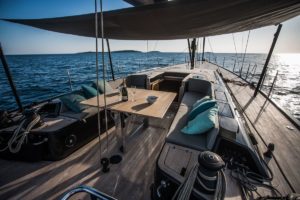 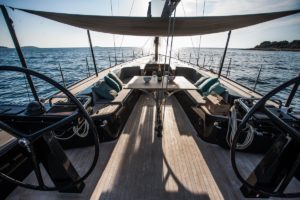 Sailing Solaris 50 is an attractive sailboat equipped for single (single-handed) sailing, with the pleasure of sailing in the first place
It should be said that such perfection and exclusivity has its price, which is often twice as high as the sailboats of the world’s leading manufacturers from France or Germany. Speaking of automotive vocabulary, the Solaris is a sailing Aston Martin, and the 50-foot model is just a ticket to a world where looks are just as important as functionality (maybe a tad more). The sailboat we tested was equipped ‘from head to toe’ with almost all the equipment you can choose from when ordering, with special samples of non-standard interior decoration materials. 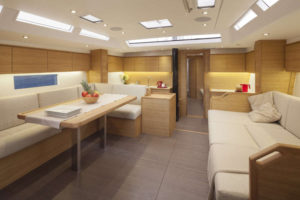 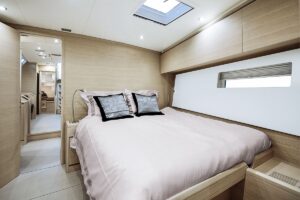 Solaris 50 is a flawless sailboat that leaves those who understand the world of sailing a little less breathless when it appears, whose biggest drawback is that once you board its deck, you can get a type of sailing virus that will not make you get off it easily…

The most important is the carbon mast with two crosses and the carbon ‘furling’ boom, the importance of which we were convinced of immediately when raising the mainsail, the carbon Millennium sails, electrically driven winches, the so-called autovirant (a slider in front of the mast that allows automatic foresail flying), and a range of interior equipment, which includes air conditioning, generator, and desalinator. It should be immediately noted that this sailboat is prepared for easy handling, so all lifters, as well as ropes for trimming the sails, are conducted under the deck on four winches (two on each side) and are within reach of the helmsman.

Solaris 50 Italian Sailboat 01
50 feet of pure elegance in the Šibenik archipelago
The foresail (jib) on the boat is not large because the sailboat is optimized for sailing without many crew members, which slightly reduces the possibility of trimming the sails, but if desired, it can also carry a larger foresail and in that case, side sliders are mounted to adjust it. But it was not so important to us because we are neither in the regatta, nor is something like that intended for this sailboat – it was built for the perfect life of the owner on the boat and simple and comfortable sailing in all ‘normal’ conditions. 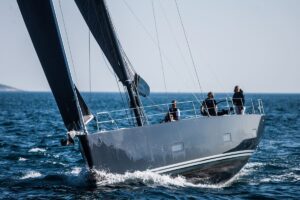 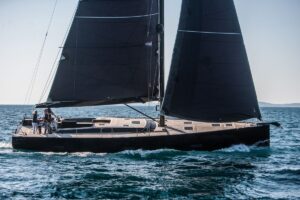 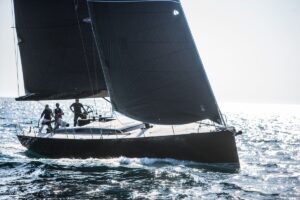 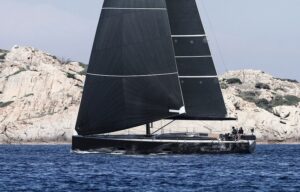 Skiper who spent the summer sailing with the owners, told us that they sailed in the wind and from 30 knots without any problem. We had a pleasant 12 to 15 knots in the test and a relatively calm sea, so we used full sails to ‘glide’ through the Šibenik archipelago. First of all, we raised the big mainsail without any problems with the engagement of one man (!) Due to the mentioned self-winding (eng. Furling) boom, we caught the jib and flew carefree among the islands. A boat with such a sail configuration is not too fast because we sailed a little faster than seven knots (or eight if we fell off course sharply upwind), but the feeling at the helm, as well as the sailboat’s passage through the waves, is great.

Would you like to test Solaris by yourself and sail the beautiful azure waters in Croatia? Contact our team and book a yacht on time!

7 Amazing sailing movies: We have singled out several inspiring documentaries about

PULA – New Charter Base – On the island of St. Catherine